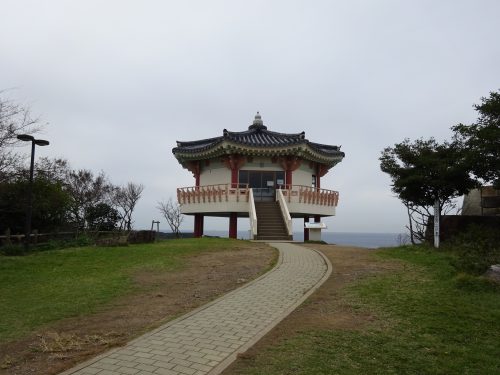 Located at the northern tip of Tsushima, Waniura is Japan’s largest natural habitat of diciduous flowering trees and Chinese Fringetrees. It has been designated as a natural monument of the country. The Chinese Fringetrees that cover the slopes of the mountains surrounding the cove have come to be known as Umi Terashi (meaning “shining on the sea”) due to their pure white reflection on the sea surface during flowering season. More than 3000 of these trees grow naturally here, making it the largest group in the country. If weather permits, guests can see the city of Busan in Korea from here as well.